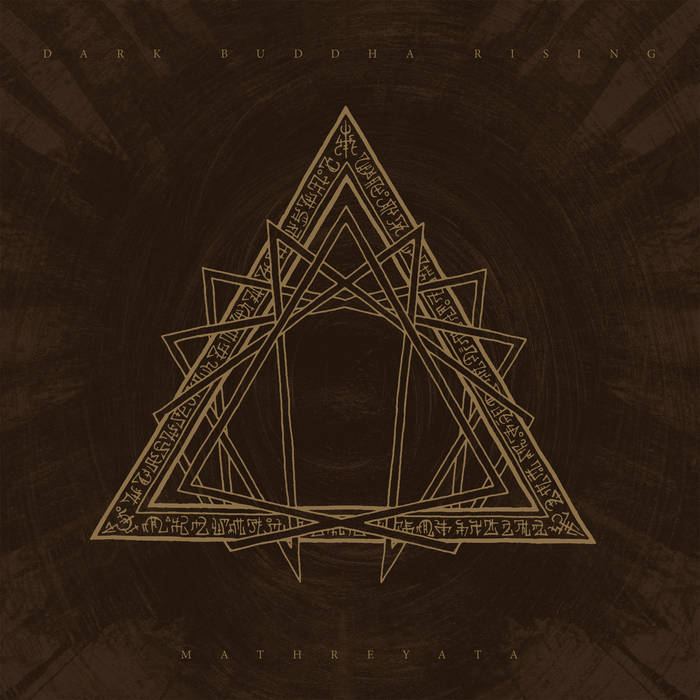 V. Ajomo from Dark Buddha Rising states "Mathreyata follows the visions that were received from Inversum's implosion and is the accession of what we invoked with the II EP. Before completing the great circle, all cycles must be dissolved. In the end we are standing at the edge of the abyss with all our previous work as weights, impatient to dive in.

We recorded the basis of the album just before the Waste of Space Orchestra project began and mostly because of that, it took a few years to get it finished. Finally the material that we have performed live for several years can be experienced as a recorded album."

Dark Buddha Rising’s abyssic and meditative sonic-void has been opening up over the last 10 years to swallow more and more devotees in their wake. Since their inception in 2007, with their first four albums being highly-coveted, sold-out private pressings, to subsequent Svart Records reissues, to their burgeoning fifth album Dakhmandal, Dark Buddha Rising have been shining like a black diamond for those that go mining for the real thing. Embraced into Neurosis' Neurot Records fraternity, with 2015’s critically acclaimed sixth album Inversum, Tampere-based psychonauts, Dark Buddha Rising have captivated the collective consciousness of the heavy underground and achieved cult-legend status.
2019’s climactic and highly praised Waste Of Space Orchestra collaboration with local kindred spirits Oranssi Pazuzu at Roadburn Festival, put Dark Buddha Rising’s Wastement home studio: “the asylum of eternal feedback,” firmly on the International music world map and into the hearts of the pitch-black psych-rock underworld. Gathering a throng of newly devoted adherents who worship at the altar of their churning vortex, Dark Buddha Rising’s live shows are a transformative experience that are religiously revered by audiences across Europe, with Invisible Oranges calling their performance “brain melting.”

Metal Hammer describe Dark Buddha Rising’s music as “a shamanic voice chanting before a tumultuous void, soon all encompassed by a yawning riff chasm, contorted by keys, chants, rants and abyssal atmospherics,” and to put words into what Dark Buddha Rising does to the listening audience is to describe the band surrendering fully to the intuition and primal instincts as altered states of mind.

Prepare your mind and body for an initiation into the dark arts of Mathreyata on Friday the 13th of November 2020. Dark Buddha Rising have channeled a work for dark spirits and those who seek to travel beyond the unknown.